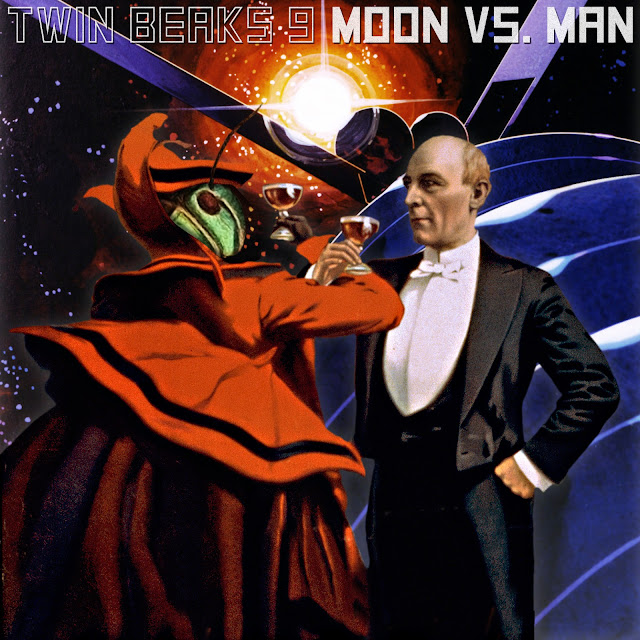 Short Bus into Space: The crew boards the spacecraft, setting off to explore the recently discovered second moon of the earth.

Meatier Shower: As they leave the earth's atmosphere, the spacecraft encounters formidable turbulence.

Moon versus Man: Landing on the moon, the crew are accosted by inquisitive moonfolk. Under the guise of being peaceloving beings, the moonfolk trick the earth crew into revealing their weapon technologies.

Escape Sequins: Finally realizing the moonfolks' true hostile intentions, the crew attempt to escape. Although pursued by moonfolk armed with moonpistols and firing consistently, the crew manages to make it back to their spacecraft and blast off...

Best Laid Planets Laid to Waste: ...only to be troubled by another, slightly calmer meteor shower, which they eventually realize (upon inspection and recognition of various spacejunks) is the remains of their former home.

Earth Remembered: Floating together in a circle within their orphaned spacecraft, the crew begins to reflect on their favourite memories of earth, and plot their revenge on the moonfolk.