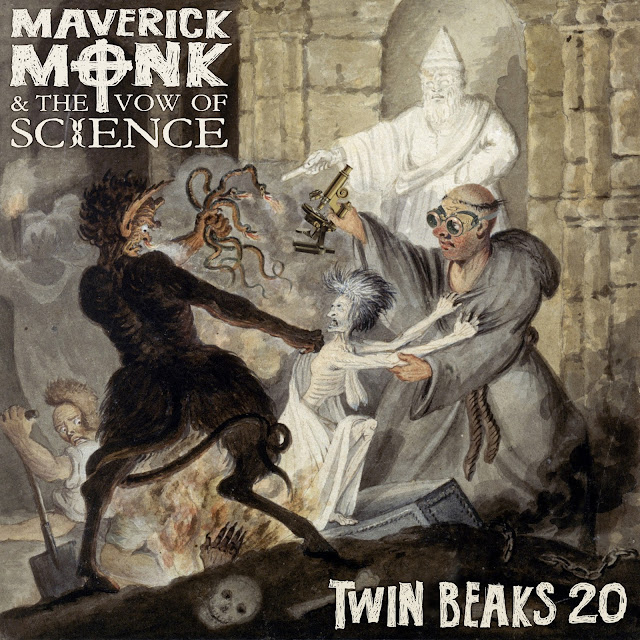 The Sculptor’s Dream, Maverick Monk & The Vow Of Science: After years of meditation in the Monastery, the candle-carving monk finally concludes that god is an illusion created by god. So he abandons his vow of silence, and begins his pursuit of science.

Rise & Fall of the Automatons: The monk’s first project involves combining his candle-carving skills with his new-found scientific knowledge to fashion automaton altar boys from wax. He presents them to the Abbot, expecting encouragement, but instead receiving a direct order to melt the automatons back into candles and abandon his new blasphemous pursuits once and for all.

Nun of a Kind, Obese with Two Backs, Tip Toe Through the Two Lips: Maverick Monk meets a large, like-minded Nun and visits her in the Rectory.

The Walls of Tarquinius, Death by Dust Bunnies: Discovered by the Abbot, the Monk and the Nun are sealed behind the stone walls of the Monastery’s cellar for all eternity.

The Witch Doctor, Riot in the Abbey: The monk manages to fashion an explosive out of ingredients he finds in the cellar. The explosion shakes the Monastery, and a thousand monks riot around the blasphemous fiery glory.